I believe everything happens for a reason. We were running a bit behind today, but we finally got on the Monorail heading for Magic Kingdom. We started talking with a lady and she was fascinating! She is in her 3rd day of retirement and is a wonderful conversationalist. Come to find out, she had to go back to her car once, and there we were, chatting and having fun! We exchanged info and found that she was a Colonel, a gun-shooting wonderful lady! I was totally blown away, but so honored to have the pleasure of meeting her! She said that she believes everything happens for a reason. I totally agree.

The thing I remember about going to Disneyland when I was little, were the flowers in the entry that are shaped like Mickey Mouse! Here, at Disney World, Mickey Mouse is in his fall colors.

We did some pin trading as we headed for our Starbucks, only to realize that the Festival of Fantasy Parade was going to begin, so we sat on the steps in a doorway next to the Main Street Confectionary as the parade began. As the music was beginning to play, I started to gently cry. I had the realization that one man’s dream started this beautiful Disney dream and I get to be in these parks. The floats and all of the characters in the parade are beautiful in their colors and detail. The characters are gorgeous and there is such high energy; it is just beautiful! 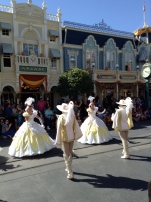 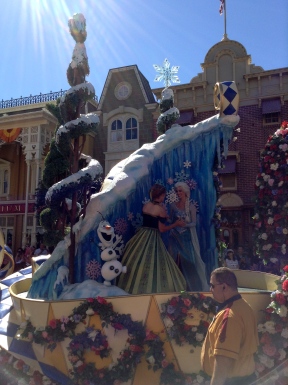 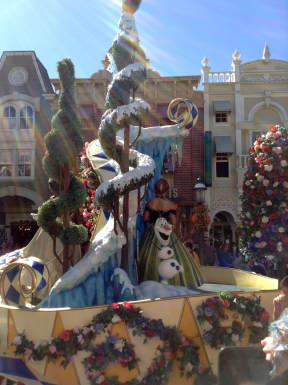 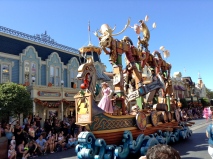 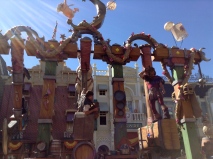 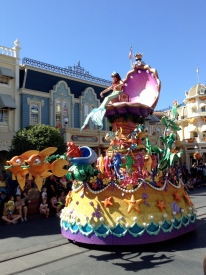 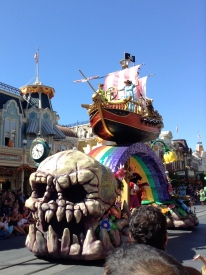 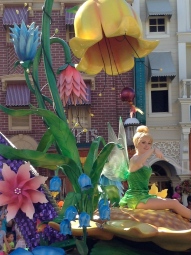 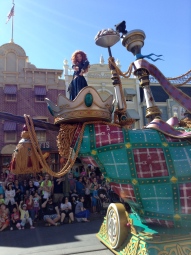 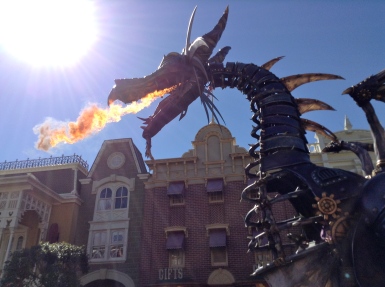 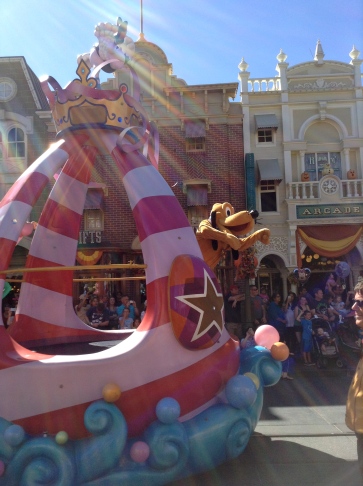 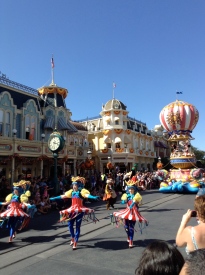 After the parade, we headed for the Main Street Bakery and then did some more pin trading. We were in front of City Hall in our way out, and I noticed a family getting their picture taken, but the dad was not in it since he was taking it! I offered to take their picture, but realized I didn’t know how his phone worked. “Would you like me to take a picture?” “Oh, yes! Thank you!” “Here, Tooti!” The laughter started as they saw me hand off their phone to Tooti! It was pretty funny.

Then, we were off to Epcot to ride Maelstrom on its final day.

At the FastPass+ Entrance 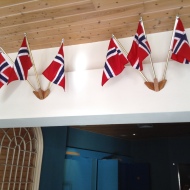 As we were heading to Canada, we found that a friend of ours was going to be at Epcot, so we got to see them and have dinner in Morocco. I feel so refreshed getting to visit with friends.

We headed home and found that we can see fireworks so clearly at the end of our street! So we grabbed the pups, and headed back to see the fireworks! It was such a beautiful, cool evening.