Best day ever!!  We headed for Hollywood Studios for Dapper Day.  It was so much fun to so many people in their vintage finery!  When we arrived in the early afternoon, the parking lot was already filling up!  There were Dapper-Dressed Ladies and Dapper Men everywhere you turned!  So fun!  We boarded the tram and headed towards the park entrance, chatting with a bunch of people around us about what Dapper Day is about.  You can read more about it at www.dapperday.com. Oh, look!  We got photo bombed by a really great couple! 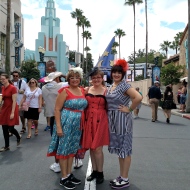 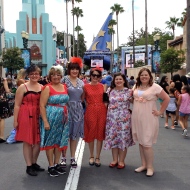 As we walk down Hollywood Boulevard, we see more Dapper Day Ladies!  The park is beautiful and I love the deco buildings.

The first ride is Toy Story Mania, one of my favorite rides!  The whole time you are walking through the line, it is like you are walking beside giant toys.  You get to wear 3D glasses, which look great with my Dapper Day dress.  Tooti won the game today, Twinkie came in second, and I came in third place. 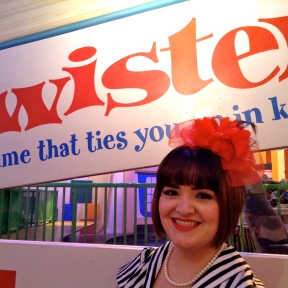 The Citizens of Hollywood were gracious as always, and we took a picture beside Mimi Kaboom in her beautiful car.  Our next destination was the 50s Prime Time Café!  We called ahead so we could have Gluten Free Fried Chicken!  We were seated and the people eating in that area were so funny; we had a blast!  The décor there looks a lot like Great Grandma’s kitchen did. 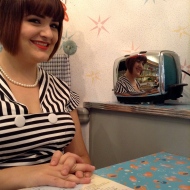 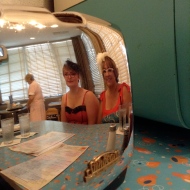 We went to the Star Wars section and found the Speeder Bike for pictures! 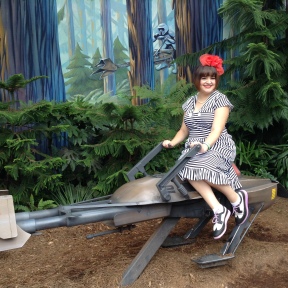 The Streets of America were so amazing with Dapper Ladies and Gents posing with groups of people.  We were stopped several times as we were invited to take pictures with curious onlookers.  It was just so fun!  As we headed for the Studio Backlot Tour, we saw the perfect picture: a lovely lady and her brother-in-law talking next to the fountain!  Cute! (Later, we saw her and her husband on the Backlot Tour, too!) 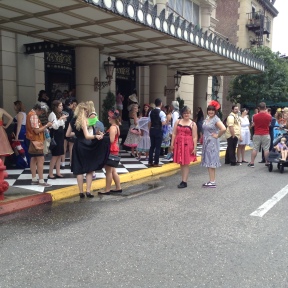 Waiting across from the Studio Backlot Tour was a Dapper Day meetup as it neared 4PM.  We joined the gathering as we waited to go into the ride.  You see, the Studio Backlot Tour is closing after today, so we had to get a final ride to say goodbye.  You go through the building where they sew costumes, build sets, and keep cool old vehicles from previous productions.  Then you go past the stunt area, my favorite is you get to see the back of the Lights, Motors, Action! Extreme Stunt Show.  The cars were racing into the staging area and it was awesome as they showed their driving skills. 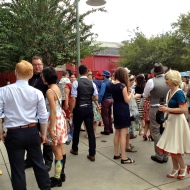 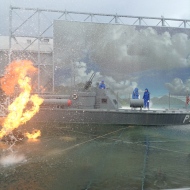 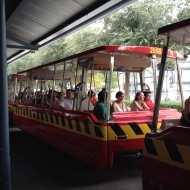 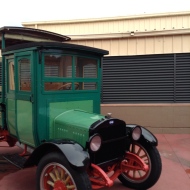 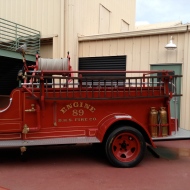 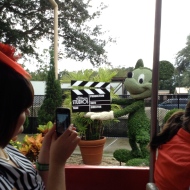 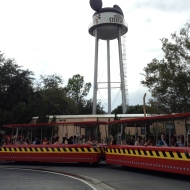 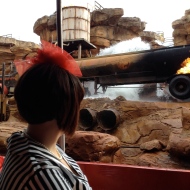 On our way to grab coffee at the Writer’s Stop, what’s that we see?  Oh, look, a Chevy outside of the Sci-Fi Dine-In Theater!  After continuing on to the Writer’s Stop, we took a coffee break before we headed over to the Dapper Day meetup at The Great Movie Ride!  We even saw a girl that we actually know… it was so fun to see her! 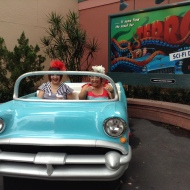 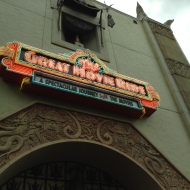 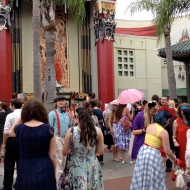 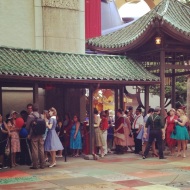 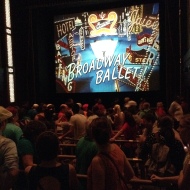 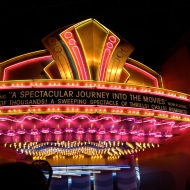 We strolled around the park and enjoyed the evening.  The Frozen Fireworks were absolutely fabulous, beyond words.  We sat outside of the Indiana Jones Epic Stunt Spectacular as we watched the Frozen Fireworks; they are so overwhelmingly beautiful, I found my eyes were tearing up!  The last night for Frozen Fireworks is tomorrow, Sunday.  I am truly going to miss them. 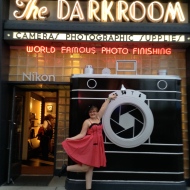 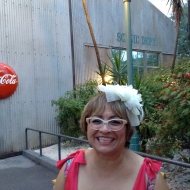