Today is a pretty day, so we are off to Epcot! We are parking in the Wonder parking lot; I have never seen this area! As we pull in, the tram is filling up quickly and is taking off as we get out of the car. We have about 3 minutes before the next tram comes and it fills up quickly, too! Off we go! Soon, we are at the entrance and getting off the tram. A quick bag check, a scan of our Magic Bands, and we are in Epcot!

Our first stop is Captain EO! I am surprised that we have never see this. I really liked the 4D and the story line of “Change the world!” He, Captain EO, was freeing the people from the dark side with his music. It was a fun 4D experience! 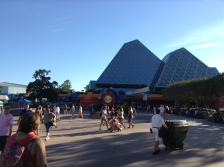 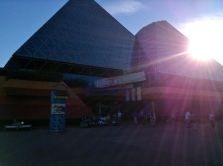 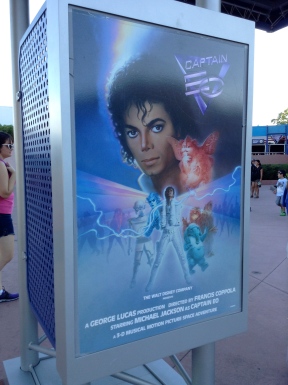 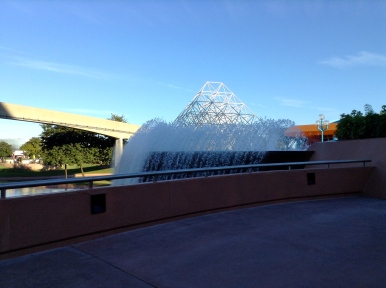 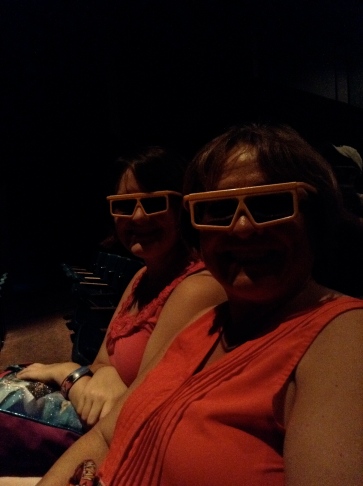 We headed toward the exit as a young girl found a lone pair of sunglasses and tried to catch the owner, but she lost him. I suggested maybe she could turn them into the cast member that was down front. Her family seemed pleased to know what to do with a lost/found item. 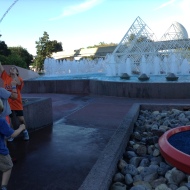 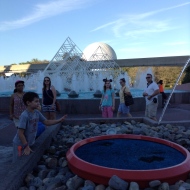 We decided to sit for a minute as we were going towards the World Showcase Lagoon. As we were sitting there a guy came up and put his hand out running past us saying, “One for the home team!” We don’t know what that means, and as we sat there looking at him walk off, he yelled back, “Is it because of Ebola?” We laughed and said, “No! Food Allergies!” EW!

After our laugh over the awkward situation, we head towards Canada! There is the new Paul Bunyan Lumberjack Show, but the shows stop at 5:15pm. Again, we sit to decide what we want to do next. As we watch the floods of people go by, we find ourselves enjoying watching people that go by. There are so many people and so many accents! It is fun hearing so many different people talk, and watching as kids see Twinkie’s Frozen backpack and smile at her! The Food and Wine Festival is in full swing; all of the countries are so packed with people eating and drinking their way around the world.

As we head toward the front of Epcot, we catch the water in the fountain dancing to the music! It is spectacular! We look at the new pin releases on our way out. The new Snow White pin even has red rhinestones! We had a wonderful early evening at Epcot!